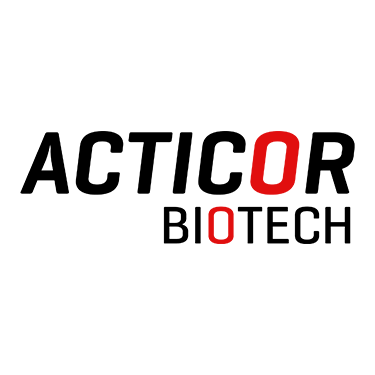 ACTIMIS (NCT03803007) is an international, multi-center, randomized, double-blind, placebo-controlled study to evaluate the tolerability and efficacy of glenzocimab. Based on recommendations from the European Medicines Agency (EMA), the first part of the study (phase 1b) involved dose escalation and parallel groups (125, 250, 500, 1000 mg and placebo, 4:1), followed by a phase 2a study at a selected dose of 1000 mg versus placebo, as an add-on to standard of care. The study was carried out in six European countries and included 166 patients.

Furthermore, in the entire study population there was a lower incidence of deaths among patients receiving glenzocimab (8%) than in the placebo arm (19%).

As a result, glenzocimab has demonstrated a very favorable tolerability profile when administered in combination with reperfusion treatments in the acute phase, including thrombolysis with or without thrombectomy.

The study’s secondary endpoint was the efficacy of glenzocimab as assessed in the phase 2a “intention to treat” population (53 patients receiving glenzocimab and 53 the placebo), measured via an early improvement in neurological symptoms at 24 hours (based on the NIHSS) and functional autonomy at 90 days (mRS score), as well as mortality.

Although the results of this study are not statistically significant, there was an improvement among patients receiving glenzocimab (and particularly older patients over 65 and over 80) in the most severe cases and in those who had undergone thrombectomy.

A survival analysis of the phase 2a findings revealed a roughly threefold reduction in the number of deaths, and a later occurrence of death, with glenzocimab (log-rank test stratified according to the presence/absence of thrombectomywithout adjustment for multiplicity: : p <0.05). Overall, fewer patients suffering from severe disability and/or death were seen in the glenzocimab arm. These results will now be confirmed by phase 3 studies.

“This clinical study assessed glenzocimab as an add-on to standard of care, i.e. thrombolysis with or without thrombectomy, in patients with acute ischemic stroke. Across the entire treated population, a reduction in the number of intracerebral hemorrhages was seen with glenzocimab, and in phase 2a fewer patients experienced severe disability or death (mRS scores of 4, 5 or 6). The study has therefore confirmed the clinical benefit of inhibiting GPVI, and these findings tally with recently published laboratory data on the expression of platelet GPVI in patients in the acute phase of stroke3“explained Dr. Yannick Plétan, Chief Medical Officer and General Manager at Acticor Biotech.

“This is the first time that the results of a randomized clinical study to assess an antithrombotic agent in combination with thrombolysis during the acute phase of ischemic stroke have demonstrated a significant reduction in mortality; this is very likely due to fewer symptomatic intracerebral hemorrhages. These preliminary findings are very encouraging, particularly for patients who have undergone thrombectomy, and reinforce the hypothesis regarding the combination of glenzocimab with endovascular treatment, which will be assessed during the GREEN study,” added Professor Mikael Mazighi, MD, PhD, Coordinating Investigator for ACTIMIS.

Dr Gilles Avenard, Chief Executive Officer of Acticor Biotech, went on: “We are very pleased with these promising results, which have had no equivalent in recent years and only make us more enthusiastic about pursuing our development of glenzocimab in this indication. We will continue to analyze the data more closely in order to hone future development, and will be publishing all the results in an international review. We would like to take this opportunity to thank the patients who took part in the study, along with their families, and also all the healthcare professionals who showed great dedication in helping to recruit and monitor patients under working conditions that were rendered very difficult by the pandemic.”

Results presentation webinar at 11.00am CET on 23 February

The webinar will take place in French at 11.00am CET on Wednesday 23 February 2022, and be followed by a Q&A session.

Acticor Biotech is a clinical stage biopharmaceutical company, a spin-off from INSERM (the French National Institute of Health and Medical Research), which is aiming to develop an innovative treatment for cardiovascular emergencies, including ischemic stroke.